BreakThroughs is a juried film festival. Submissions opened in September and attracted more than 100 submissions from all over the world from both student and experienced filmmakers alike. Categories included documentary shorts, documentary features, narrative shorts, narrative features, and animated or children’s shorts.

Film selections will be announced soon. We anticipate one film block on Friday evening, three film blocks on Saturday, and three on Sunday, plus a closing awards presentation. We look forward to highlighting issues and topics using not only film but also panel discussions and networking opportunities.

The films will be shown in the Diboll Auditorium of the Tulane University School of Public Health and Tropical Medicine, in downtown New Orleans at 1440 Canal Street. During the festival, in the adjacent Diboll Gallery, visitors will have the unique opportunity to view “The American Dream Denied,” a moving gallery exhibition organized by the Critical Visualization and Media Lab at Tulane University. The exhibition explores the plight of the New Orleans residents of Gordon Plaza and their efforts to relocate.

This is the second annual film festival at Tulane SPHTM, and we believe strongly in the power of film to motivate and effect change. Attendance was strong in 2019 and we anticipate even greater excitement in 2020. Dean Thomas LaVeist is a leading researcher on the topic of health disparities and the social determinants of health, including areas such as U.S. health and social policy, the role of race in health research, social factors contributing to mortality, longevity, and life expectancy, and the utilization of health services in the U.S. Dr. LaVeist is the author of more than 130 scientific articles, has written for Newsweek, Black Enterprise Magazine, and the Baltimore Sun, and has published several books. He is also a documentary filmmaker for the series The Skin You’re In. In addition to being dean at Tulane SPHTM, he is also the Weatherhead Presidential Chair in Health Equity. Visit his faculty page to learn more about Dean LaVeist. Dee hails from the Boston area, but has lived in New Orleans for over 25 years. A graduate of Mount Holyoke College, she has been at Tulane since 2005, first with the Tulane Prevention Research Center and now as director of communications for the School of Public Health and Tropical Medicine. Prior to that she spent a dozen years with Pete Fountain Productions, a major local event planning agency. When she’s not thinking about school news articles and brand guidelines, you can find her working on the Great American Novel, playing with her dog Cassie and friends at the Boling Hotel for Dogs, or just spending quality time with her husband and 17-year-old son. Tara is originally from Birmingham, Alabama but grew up in New Orleans and is a proud Ben Franklin alumna. She returned to Birmingham in her 20s to finish college and attended graduate school, and during that time she worked with the Sidewalk Moving Pictures Festival for four years. She moved back to New Orleans in 2011 and started working at the Tulane School of Public Health and Tropical Medicine. Tara manages the school’s website and juggles various other communications and media tasks. Outside of work, she’s pursuing a second bachelor’s degree in digital design and keeps busy with her cats, husband, and friends. She is also vainly attempting to stay caught up on a never-ending list of streaming TV shows and movies. She is not winning that battle. Becky Gipson is the digital marketing specialist for the Tulane School of Public Health and Tropical Medicine. Becky has dual bachelor’s degrees from the Savannah College of Art and Design in Interior Design and Historic Preservation, and she worked for the Preservation Resource Center (PRC) as a Director and Project Manager and has a history of working in non-profit organization management and design management. While at the PRC she was responsible for design, project development, and grant management for the renovation and new construction projects in the Operation Comeback Department. She is currently pursuing a post-baccalaureate certificate from Tulane’s School of Professional Advancement in Interactive Design. She works with the communications team on social media, website content updates, copy writing, photography, and reinforcing the school’s branding efforts through graphic design. Operations
Emily Szklarski, MPH August ’19 graduate of the Department of Global Health and Behavioral Science in Health Education and Communication with a certificate in Disaster Management and Resilience. Emily did most of her growing taller in Gulf Coast Florida and most of her growing up in New Orleans after moving here in 2011. She is back at 1440 Canal St producing BreakThroughs: The Tulane Public Health and Social Justice Film Festival and thrilled to use this platform to promote discussions and action Health Equity through film fueled by her experience as a local community organizer.

Here’s a sampling of some last year’s films. 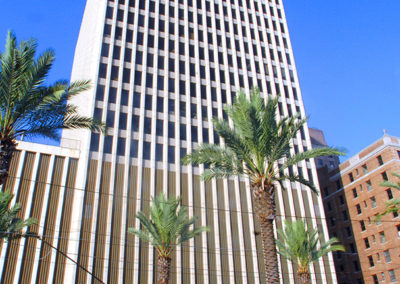 The Breakthroughs Film Festival takes place in the Diboll Gallery and Auditorium in the School of Public Health and Tropical Medicine, located at 1440 Canal Street in New Orleans, Louisiana. 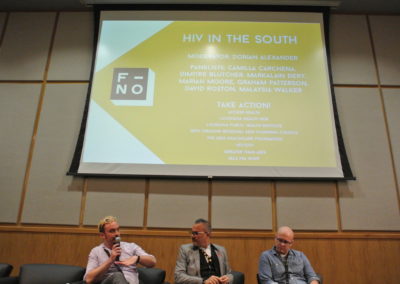 Filmmakers discussing their films and doing Q&A with the audience. 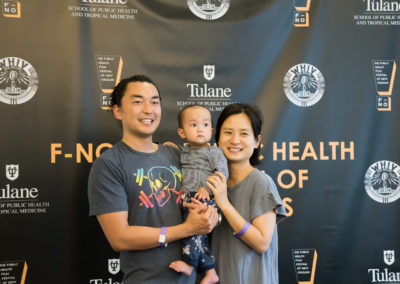 This was the most adorable family who attended several screenings at the festival with their gorgeous, sweet baby girl Agnes! We had to get a family photo! 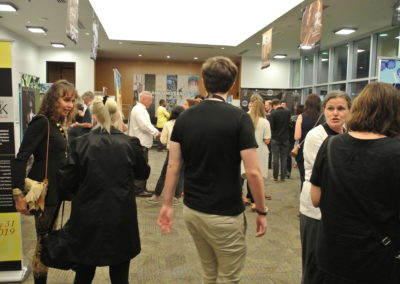 Film festival attendees hanging out in the gallery on opening night.